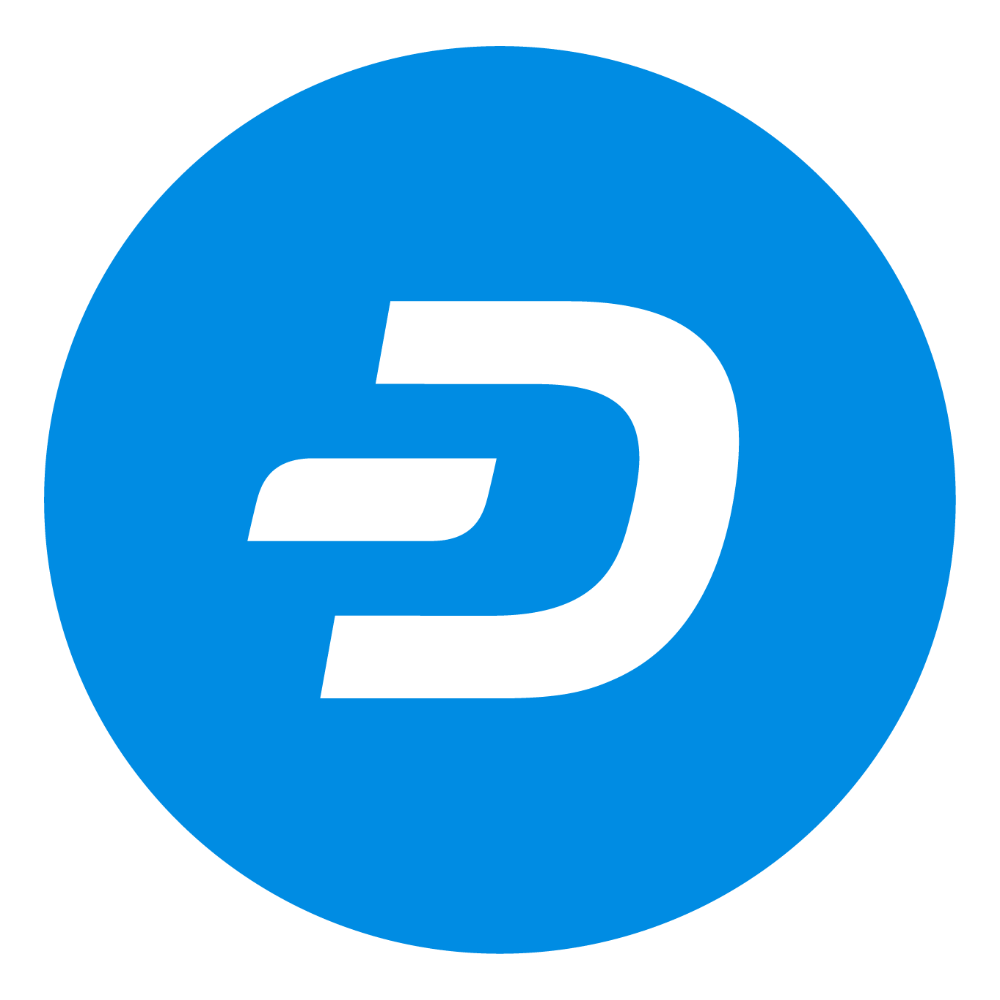 Dash originally was architected by founder Evan Duffield and a small group of other individuals who collaborated to create an alternative to Bitcoin that would enhance user experience by providing transaction speed that could facilitate everyday use as well as greater control over transaction privacy. They believed competing virtual currencies were not as viable for use in ordinary purchases, such as buying a cup of coffee, because transactions can take too long to confirm. In pursuit of this goal Dash created a two-tier network with incentivized nodes and decentralized project governance (Masternodes), instantly settled payments (InstantSend), instantly immutable blockchain (ChainLocks), and optional privacy (PrivateSend).

The Dash Network is governed by masternodes, powerful servers backed by collateral held in Dash designed to provide advanced services securely and governance over Dash’s proposal system. In exchange for part of the block reward, masternodes provide a second layer of services to the network. They facilitate advanced functions such as InstantSend, PrivateSend, and ChainLocks, which protects Dash against 51% mining attacks.

Dash governance system, or treasury, distributes 10% of the block rewards for development of the project in a competitive and decentralized way. This has allowed the creation of many funded organizations, including Dash Core Group, Inc. (DCG), which supports continued development, integrations and other activities of Dash.

Similar to Bitcoin or fiat currency, a token is necessary as a unit of measure for the value exchanged on the Dash network. Dash is a pure monetary token, and users interact with it by sending it to one another, by buying and selling on exchanges or the OTC market or interacting with decentralized financial services (DeFi) for lending and staking. Masternode owners also use their Dash as funding collateral to set up masternodes, as a means to ensure operation of the network is sufficiently distributed.

Standard Nakamoto consensus, replacing Bitcoin’s double SHA256 with the X11 algorithm. Anyone can join a mining pool, form their own, participate in P2Pool, or solo mine the currency. Mined blocks may additionally be locked by masternode quorums, preventing 51% attacks (ChainLocks).

Dash originally was architected by founder Evan Duffield and a small group of other individuals who collaborated to create an alternative to Bitcoin that would enhance user experience by providing transaction speed that could facilitate everyday use as well as greater control over transaction privacy. They believed competing virtual currencies were not as viable for use in ordinary purchases, such as buying a cup of coffee, because transactions can take too long to confirm. Dash provides holders with a feature called InstantSend, which allows holders to send Dash on the Network and receive confirmation of their transactions instantly. Another feature Dash provides is PrivateSend, which provides enhanced privacy by mixing Dash of several holders before transmitting the Dash, thereby creating uncertainty regarding the source of the Dash being transferred (though transactions are still recorded on the blockchain and remain traceable when this feature is used). Utilizing PrivateSend makes it difficult for third parties to monitor the total value of a holder’s electronic wallet (described in detail below), thereby providing greater protection from increasingly frequent criminal attacks (both digital and physical) targeted at individuals and entities holding significant digital assets.

“Masternodes” are nodes that perform specialized functions on the Network, including processing InstantSend and PrivateSend transactions. Operators of masternodes receive compensation payable in Dash for performing such services (as described below). Any holder can operate a masternode or change an existing node into a masternode by downloading specific software, and demonstrating that such holder has a transaction output storing a sum of exactly 1,000 Dash. Masternode status is maintained for so long as the operator continues to hold that transaction output storing exactly 1,000 Dash and the masternode adequately services user requests. If the transaction output is used as an input in a transaction, the Network automatically strips the holder of its status as a masternode and its ability to carry out the specialized functions. In addition, masternodes are subject to proof-of-service; if masternodes fail to provide services to the network, they are banned from the masternode layer of the network and discontinue receiving compensation. Operators of masternodes maintain custody and control of the 1,000 Dash collateral at all times. The 1,000 Dash is not pooled or used for collective projects or investments, and they are not paid interest or dividends on their Dash. A holder can operate multiple masternodes provided that each masternode maintains the requisite 1,000 Dash.

Dash Core Group, Inc. is wholly owned by The DASH DAO Irrevocable Trust, of which the masternode network are the sole beneficiaries. This ensures that all assets and intellectual property are under permanent control of the network itself, rather than any individual or company. Through on-chain governance (described below), the masternodes elect the trust protectors, who have the authority to direct the trustee to oversee Dash Core Group (e.g., assign the board of directors).

Proposals generally begin life as simple pre-proposal forum posts on the Dash Forum, where feedback and suggestions are solicited from the general community. Once the proposal owner decides they have a reasonable chance of passing their proposal, it is created as a governance object on the blockchain. A fee of 5 DASH is associated with this action to prevent spam and ensure only serious proposals make it to this stage. Several tools exist to allow masternode operators to comfortably review and vote on proposals. The net total of yes votes must exceed 10% of the total masternode count at the time votes are tallied in order to pass. If there are more passing proposals than the available block reward can provide for, the proposals with the most yes votes will pass first, creating a cut-off point for less popular proposals. The same process is then repeated every month, and the total amount of Dash available for proposals decreases by approximately 7.14% per year, together with the overall block reward.

Websites, such as DashCentral, Dash Nexus, and Dash Ninja are available to monitor progress over time and gather more detailed statistics. Dash Masternode Tool also allows for voting without the need to share masternode private keys with a third party service.

Each proposal includes a description of the proposal goals, details of what work will be done and a breakdown of the requested budget. Many proposals also link to their own website or the pre-proposal discussion, or include a video to validate the identity and sincerity of the proposal owner. Discussion on DashCentral and/or Dash Nexus occurs below this information, and masternode owners have the option to verify their ownership of a masternode and ability to cast a vote by signing a message from the masternode collateral address. Masternodes can vote at any time, and also change their vote at any time until the cutoff block is mined and voting stops. This occurs 1662 blocks prior to the superblock. After voting stops, the blockchain executes a decentralized tally and validates all votes. Once consensus is reached, the results are broadcast and the budget is allocated soon after in a superblock.

Once passed, proposals are able to report back to the network on the Dash Forum or via published public channels and social media. Since it is possible to create proposals that pay out over several months, it is also possible to revoke funding from a project by changing the vote if development or spending of already allocated funds is unsatisfactory. This encourages proposal owners to work honestly and diligently to win the trust and approval of the network. Ongoing discussion and gradual improvement over time results in a close bond between the network and those working for the network in supporting roles.

Voting on proposals is updated in real time via P2P messages and stored by Dash in cache files, so current winning proposals and the total allocation of the available budget are always open and visible to everyone.

Finally, Dash Watch (which was itself funded through a budget proposal) exists to monitor the ability of blockchain contractors to deliver on their promises with respect to delivery dates and the total amounts of budget allocated over multiple voting periods. A team of dedicated staff routinely interact with proposal owners to track progress of the various projects and provide reports to voting masternodes in a single location. While providing data on the performance of a proposal to Dash Watch is optional, many masternode owners take advantage of the data they make available to make a voting decision.

Portions of the content on this page have been prepared by third parties not affiliated with Bittrex. Bittrex is not responsible for such content, nor is Bittrex liable for any errors or delays in updating the content to reflect new developments or market conditions. Bittrex is not liable for any actions taken in reliance on the content herein. Material provided on this page is for informational purposes only and does not constitute investment advice. This is not and should not be interpreted as a recommendation to buy, sell, or hold a digital asset or to use a particular investment strategy. You should conduct due diligence before deciding whether to transact in any digital asset. Bittrex makes no representation on the accuracy, suitability, reliability, or validity of any information provided. Prices displayed are for illustrative purposes only and may vary.